New Hill, Robin Hood's Bay, North Yorkshire.
2012
Watercolour and pen and ink, 7" x 10" on Bockingford paper - 425 gsm
7" x 10"
... the lamppost does actually lean over a touch, yet I felt this was a time not to invoke artistic licence and straighten it up...
I like to think that it leans as a result of some kids who had the bright (but not new) idea of attaching a 'tarzan' rope to one of it's cross-bars so's they might have a little fun swinging to and fro and around and around in the evenings. What else are lampposts for, eh? - 'Ceptin' for climbing up, hanging around under, whanging bricks at ... and meeting the girlfriend under... 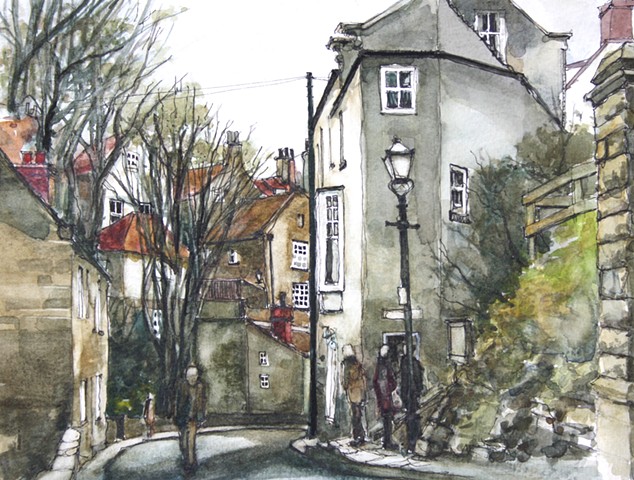